I just celebrated my 60th birthday with a party that my beautiful wife put on for me last week.  Besides some great BBQ by my Nephew, the main event was hosting a wargame.  This is a scenario inspired by so many movies.  You can make your own connection, mine was Normandy (lol), and I came up with the name, "Sudan Beach Holiday."  As if it was going to be fun...

So this is a Colonial amphibious operation.  We have seen river raid games over the years and I have been wanting to do this for some time so I thought why not?  So the fictional premise of this battle is this:

The Egyptian influence in the region is failing.  The local warlords are getting restless and have been conducting raids to cutoff Egyptian outposts all along the Nile.  The hard liner Egyptian Governor refuses to recognize any treaties with the British and would rather cut a deal with the Dervish who really want no part of it, or do they?

The British have had enough of the Egyptian political antics.  A large-scale amphibious assault is being planned to take the heavily defended area and capture the Governor.  Gunboats from the flotilla have been towing assault boats into position.  The stage is set, nervous Egyptian infantry are waiting in their defensive positions, the Dervish are eager to invade this Egyptian base from the desert and the British are just off shore.  As the British commander(s) what could possibly go wrong?  As the Egyptian commander(s), what could possibly go right?

So there it is.  Three (3) Egyptian commands with three forts protecting the shoreline.  Three British commands loaded up in their launches, ready to hit the beach with a new P Class Gunboat moving slowly upriver to provide support for the assault.

This was a playtest of the scenario using The Sword and The Flame and Gunboat & Dhows!, normally scheduled for 8 turns with each British commander having a zone of control that they needed to assault (left, center and right).  There were some twists that I did not introduce in this 5 Turn play-test due to this scenario will be played in November at our local Colorado Military Historian club and coordinating an event later with my good friends in Florida since I could not make HurriCon this year due to family issues (everything is fine).

So enjoy the the pictures with the narratives in them explaining any special rules, boat movement, etc. It was a good fight! 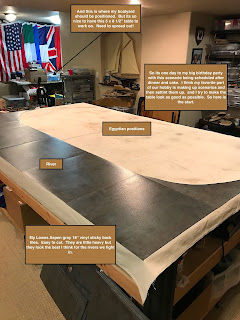 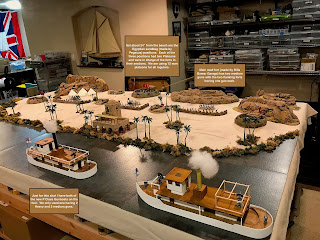 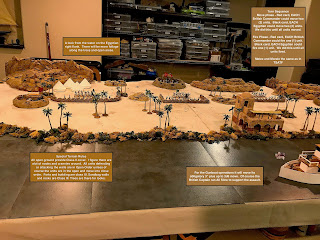 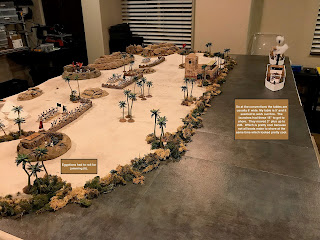 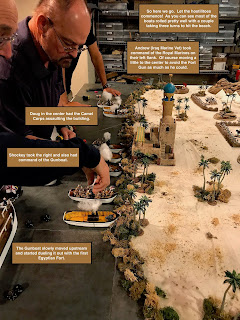 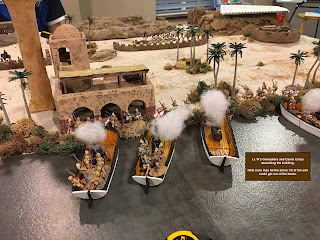 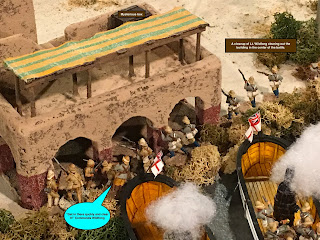 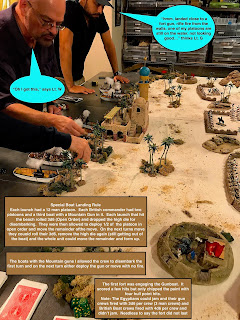 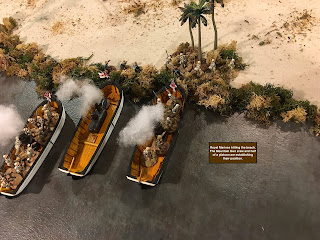 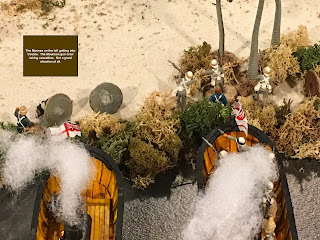 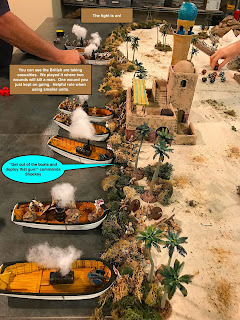 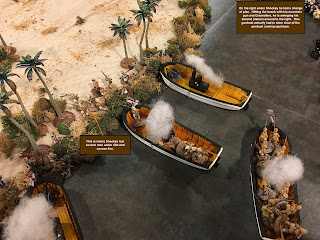 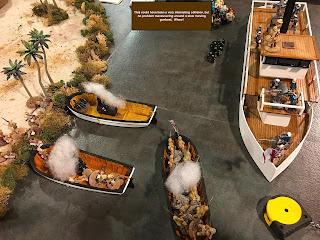 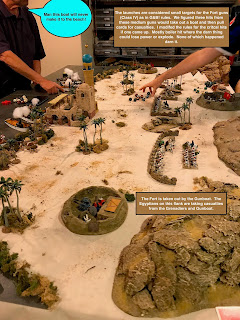 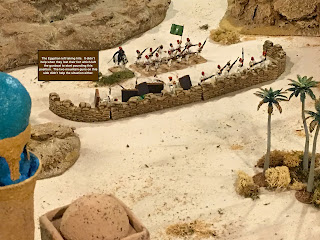 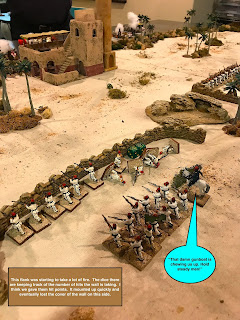 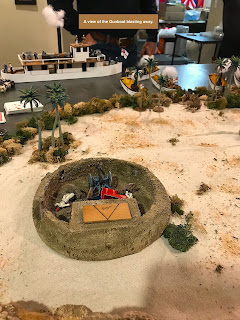 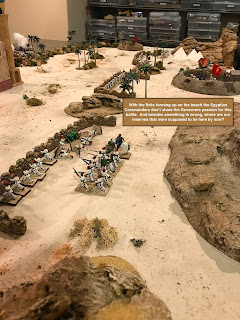 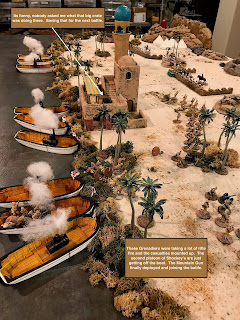 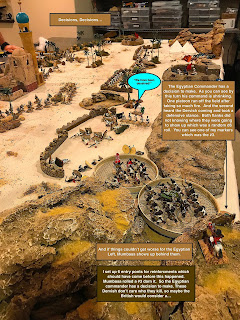 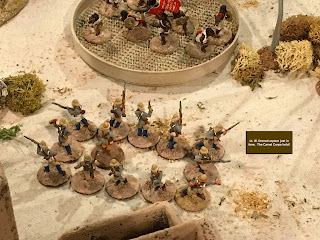 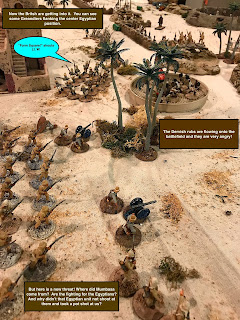 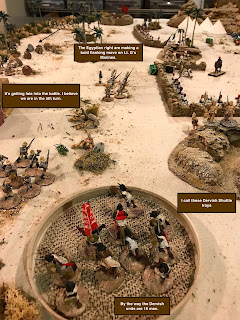 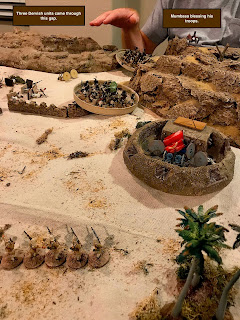 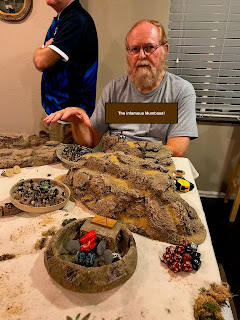 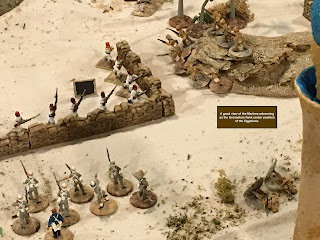 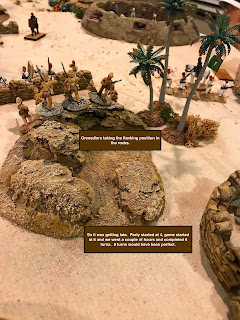 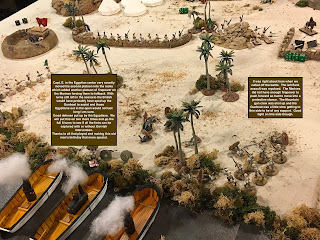 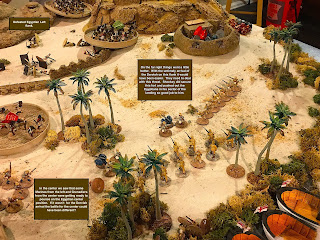 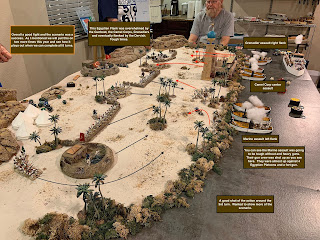 Email ThisBlogThis!Share to TwitterShare to FacebookShare to Pinterest
Labels: 2019, boats, Gunboat & Dhow! rules, Gunboats, the sword and the flame, TSATF

WOW!!! Looks & reads like an awesome game!!! Wish I’d been there to help celebrate your big six-oh, and also get to play! Excited to see how it goes with a bit more time for the full # of turns!

Another masterpiece, wonderful terrain and minis, and your collection of boats is impressive, I'm jealous!