Happy New Year!  What a busy end to 2019!  I took a break from my boat building (well  not for long) to start a project I have always wanted to do.  I was encouraged and inspired by my good friends in Florida regarding to their Jungle adventures.  So I started building Jungle terrain about two months ago.  At the same time painted all kinds of troops.  It is my intention of doing an "African Scramble 2020" campaign.  Yes, I know its the Scramble for Africa.  lol.  Anyway, it will be similar to my Sudan campaign I did several years ago.

So being very anxious to start playing some battles I focused on getting this scenario ready to go for the campaign.  I ran two play-tests using The Men Who Would be King rules.  The third test will be with The Sword and The Flame rules.

I am so far behind and I have several blogs to get done.  So over the coming days I will get them out there.  They will cover how I made the terrain, the various units I have painted up, the new P Class Boat and others.

So here is a short report of the battle we played at the Colorado Springs Gamers Association (https://csga1983.wixsite.com/csga)

So again we used the TMWWBK rules with some minor adjustments.  The scenario is set late 1890's somewhere in Indochina (Vietnam).  This is a Black Flag stronghold that is being attacked by French forces along a river.  On the board two corners have a water feature on them where the long boats have landed.  The Foreign Legion landed on the West side of the field and the Marines and Naval force on the Eastern corner.  The Black Flag forces have been waiting for them of course.  They must defend their stores in the four (4) huts scattered on the table.  Each Black Flag Leader commanded two units.  One a 12 man irregular rifle unit and the other was a 16 man Warrior unit.  Note that all of the Black Flag forces ignore terrain.

We didn't take as many pictures as we thought but this will give you a good idea of what the terrain looked like and can see some of the results of the battle.  Each Hut contained cargo boxes each worth 2 Victory Points.  Units also received a point for destroying an enemy unit.

As a result of this 8 turn battle the French killed at least three Black Flag units and took three huts for a total of 9 points.  The Black Flags did not destroy any French units but held one of the huts for 2 Vps.

Thanks for Rob, Andy, Ed and Joe for running the Black Flag forces.  We all agreed they all needed one more Warrior unit to make it a little closer.  Back to the paint bench!

And thanks to Doug, Doug, Bud and all for running the French.

All were very good sports and helped me out a lot with some great feedback and TMWWBK rule clarifications.  Thanks again!  I am working another Scenario with some gunboat actions!

Enjoy the pictures and if you have any questions just ask! 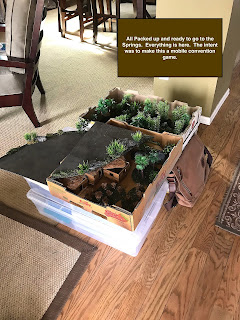 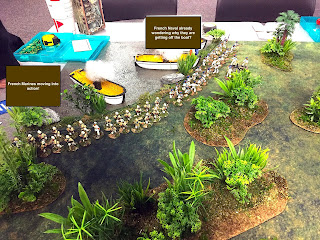 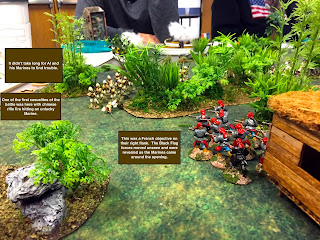 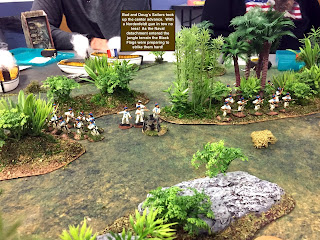 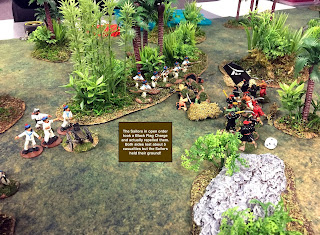 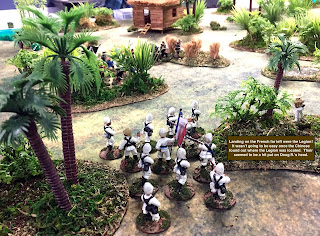 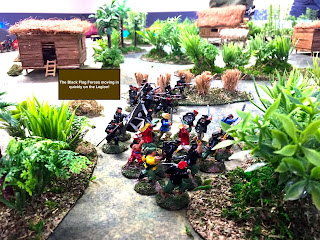 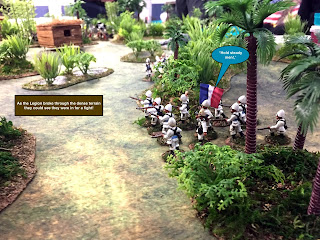 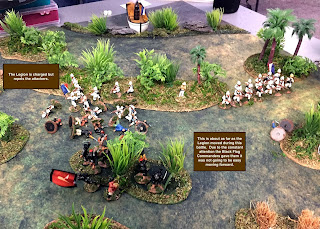 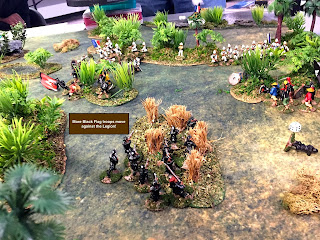 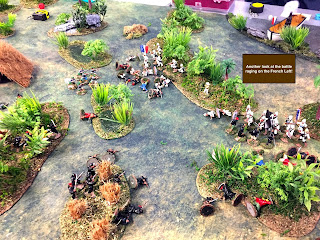 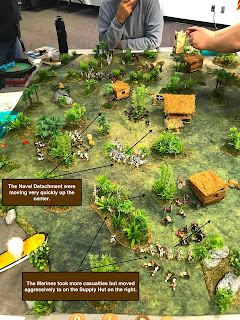 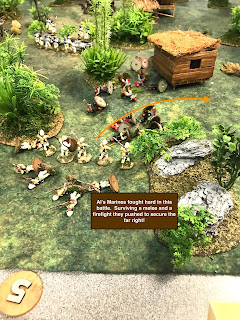 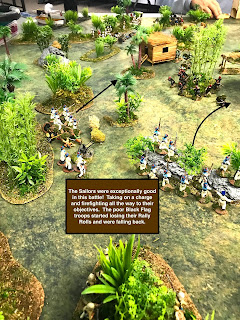 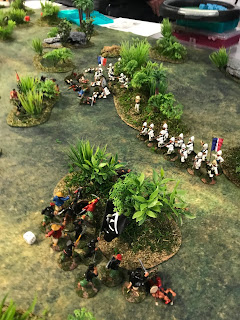 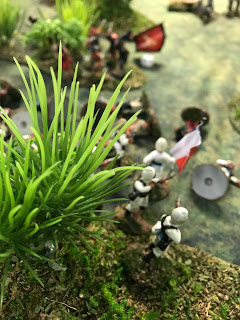 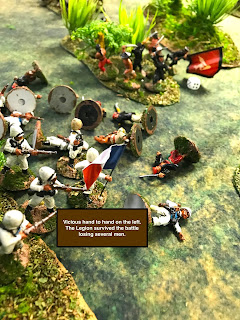 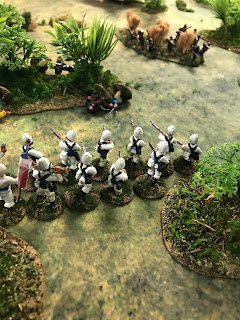 I am just starting a French colonial force also and wondering what figures you are using.
I have started with the Artizan Foreign Legion figs and also looking at the Gringo 40s French Marine Infantry

Paul - the Legion I am using is Artizan. They are pretty big figures when compared to the rest of my collection of Old Glory and Perry figures. I think Gringo are the same size as Artizan.

Thanks Dan - they do look fantastic.
I like that he has Marine Infantry and Fusilier Sailors in the range too

A wonderful looking game on an immersive terrain, well done!