Here is the second scenario I am building for my Jungle Scramble 2020 Campaign.  I set this one using my newly made jungle terrain.  In this battle, unlike the Tonkin battle posted last month we will introduce some boats.  I ran a quick playtest the night before I packed up the board and went down south to play with the CSGA gang.  Always a blast going down there.  I should also be putting on these two scenarios at my other club meetings, CMH up in Denver.   The purpose is to build these scenarios in time for a Campaign start later Spring, through Summer and wrapping it up Late Fall.  I am creating at least two more scenarios using other troop and Colonial locations. Going to be exciting having players from Colorado and Florida participating.

I started this blog below showing a little bit on the river build and showing a small gunboat I built for this specific scenario. So let's go to it.

This scenario was influenced by my reading of the Zapote River line near Manila.  They featured blockhouses which I converted one I had laying around.  This is an American attack on a strategic part of the Zapote River which includes one of those blockhouses controlling the river.  It also features a Spanish base of operations where the Spanish Navy has setup defenses.  I thought the scenario worked out well using The Men Who Would Be King and the Gunboat & Dhow! rules modified for the TMWWBK rule system.

The battle was set for 8 turns with the Americans trying to penetrate the Spanish defenses.  In this battle the Spanish held on for a Marginal victory.  It could be seen that with a couple of more turns, or better luck, the Americans might have been swarming over the defenses.  But not today. 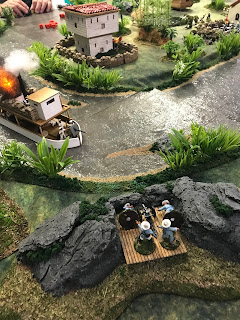 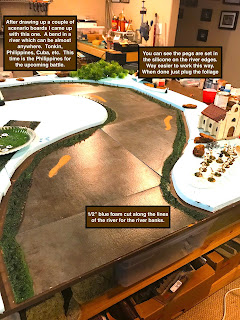 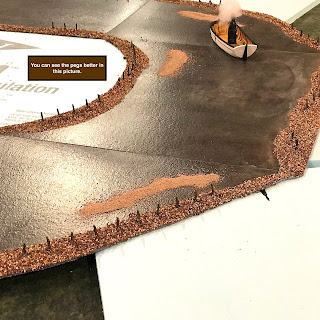 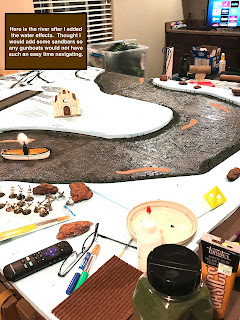 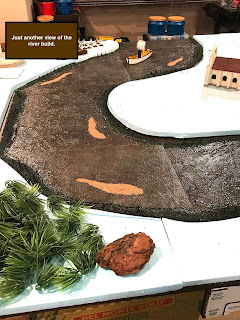 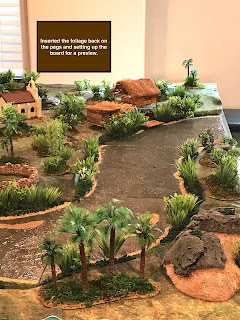 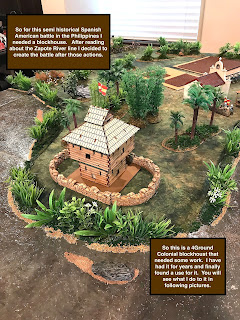 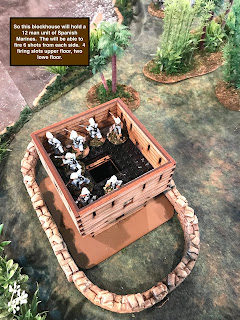 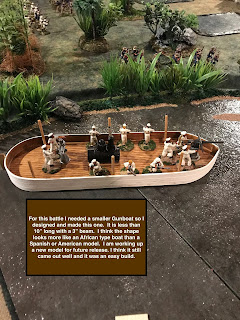 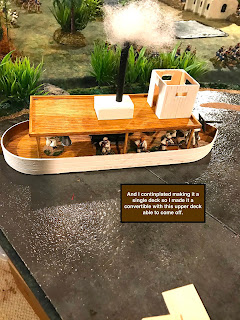 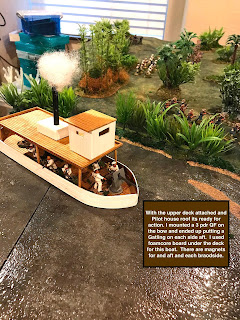 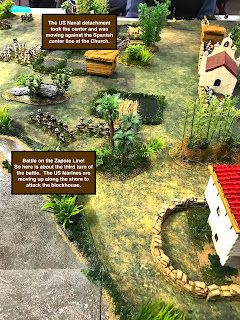 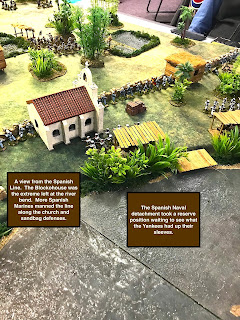 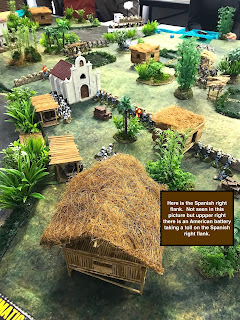 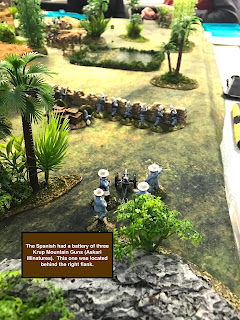 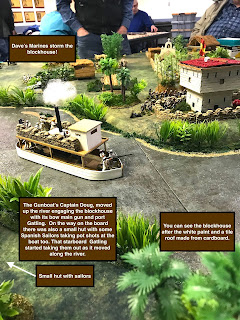 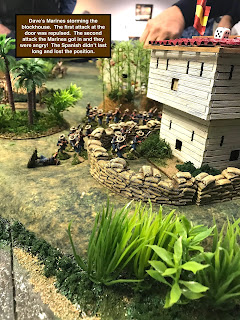 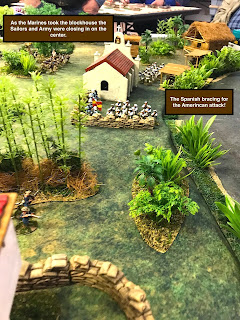 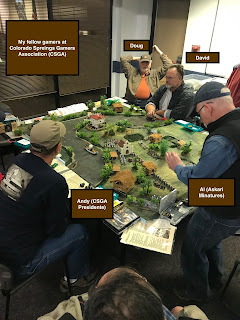 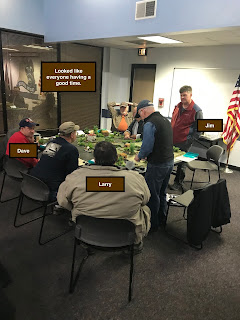 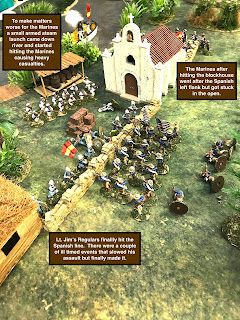 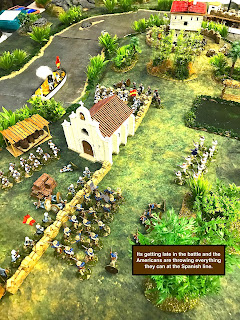 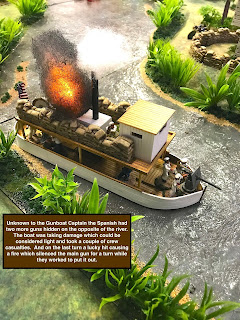 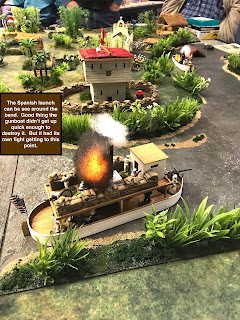 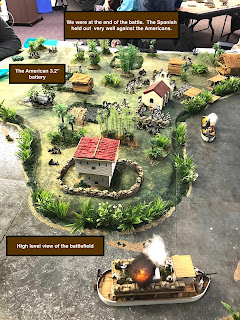 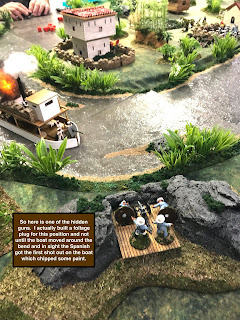 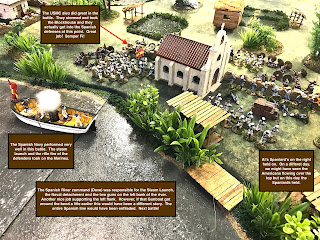 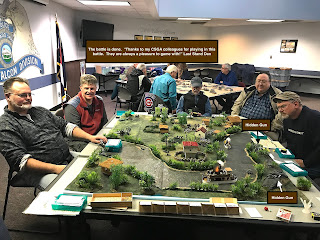 Spectacular looking game! Is the blockhouse commercial or custom?

Thanks for the comments. No it’s a Commercial timber blockhouse from 4Ground. Very nice model I was dying to use it for something. So after looking at some SAW pictures it didn’t look that out of place except for the roof. So found a nice tutorial to make some tile roof from cardboard.

Looks & reads like an awesome game, Dan! Only wish I'd been there to enjoy it! The new version of your river tiles with the clear caulking looks fantastic!

What a wonderful wargame and what a spectacular scenery!! I wonder if I could adapt it for Britis Mahdist period... Cheers !